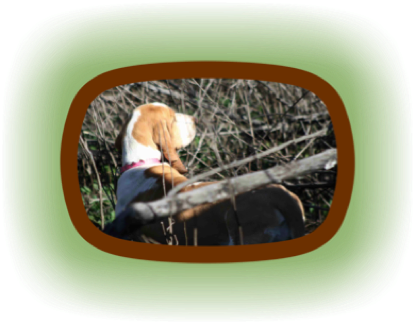 The Wonders of the Internet

The Wonders of the Internet

I’ve been working with “personal microcomputers" since the early days. My first experience was with a Radio Shack TRS-80 Model I “Personal Computer” that I had to either program myself using the keyboard or load programs from a cassette recorder. In addition to the Radio Shack computers I’ve worked with just about all the early versions of computers even punch cards on a "mainframe."

My first experience with the Internet was doing research for my Master’s Thesis. To conduct the research using the Internet I had to submit some search words to the universitiy's librarian and hope that I’d get something back. In those days only the colleges and universities plus the government had any access to the Internet of computers. There were no commercial Internet providers back then. My first personal access was through the Santa Barbara County Schools. They set up a computer that teachers could access to exchange information on. Accessing that system was a long distance call for me. It was very expensive and extremely slow at 300 Bps.

Wow, have times changed. Today I don’t think that a lot of people could function without direct access to the Internet. We use it for all kinds of things that were never even thought of back when it was first invented. I simply turn on my computer and have direct access to the Internet from my home or anywhere else with my iPad or iPhone without even using a computer. It’s amazing. My phone has far more power that those early computers.

I have to admit that I’m an Internet junkie of sorts. It’s been my source for a lot of information over the years. I’ve also bought almost everything including our cars and our home by using the Internet. Through the Internet, especially using Facebook, I am in contact with basset hound breeders and owners through out the world. It’s amazing to see pictures of their bassets and exchange important information.

Even so, I’ve also seen a lot of erroneous information on the Internet as well. People can say just about anything they want and publish it online for others to see. There is even a website (Snopes.Com) to help people sort through the myriad of false information found on the Internet today.

In relation to our love of basset hounds it’s amazing what I can find about them on the Internet. Years ago one had to be considered an expert and have cash behind them to get published in magazines or books. The first article I had published in a magazine took three years of work with the editor before she published it. Now anyone can be an expert and publish to the Internet for free instantly. Because of that those looking for correct information from people who know what they are talking about is sometimes difficult to do.

An example in point is the recent posts by some about miniature basset hounds. Now I have to admit that I have joked with friends about creating such a breed, but know it’s impossible to do. There are, however some out their claiming to have done it and are seeking AKC recognition. Nothing could be farther from the truth. Basset hounds are considered to be a large breed dog. While some may be smaller than others trying to breed them down to a miniature size consistently just won’t work. The Basset Hound Club of America, the only breed club recognized by the AKC, has never condoned or even suggested that breeders try to create a miniature breed. Those claims on the Internet are false.

Buying things over the Internet has become very big in recent years. I remember back just a few years ago that Amazon.com lost money trying to be a source on the Internet for book buyers. Now they sell almost everything and are very successful at it. I couldn’t possibly tell you how many basset hound figurines and other items that I’ve purchased from Ebay and other sources using the Internet. We made the deal for our last four vehicles over the Internet and I found our home in the multiple listings supplied to me by realtors through the Internet. When we bought the house most of the lights were either gone or very poor “builder grade” junk so I searched the Internet for most of the light fixtures we now have in our home and outside.

I still don’t understand, however why anyone would buy a dog online. We’re talking about a member of the family, not a piece of meat. The Internet has become the place for many “breeders” who will sell you just about any breed or “designer dog” mutt mix possible. It’s amazing all the choices that are out there. Most even take PayPal!

Now that I’ve peaked your senses and you’re awake I have to admit that we do have this website and it does list dogs when we have some available. There is a big difference in what we do and what others are doing. We, at Woebgon Bassets, will not sell you a dog over the Internet. That’s something we refuse to do. We insist on meeting those who are interested in our dogs and we feel it is important for them to see our dogs and our puppies before they decide that they want one as a member of their family. Maybe we’re too sentimental about the whole thing but that’s our philosophy and we’re sticking with it.

No, I’m not implying that everyone else is wrong. It’s just that we don’t understand how anyone could send money for a dog through PayPal to someone they have never met for a dog that, in most cases, isn’t even born.

How do you even know the breeder is legitimate without visiting their facility? Recently a friend of ours had a litter of bloodhounds. She posted pictures of them for her friends to see on Facebook. One of those friends just happened to be looking at websites of bloodhound breeders to see what they were producing. Posted on the website she stumbled on were pictures of our friend’s litter. There was no question about the fact that someone was claiming to have bred the litter of bloodhounds and was trying to sell them. I admit that I never found out the rest of the story except that the pictures were taken off the Internet almost immediately after they were discovered. Whether or not the person posting them was actually a “breeder” or just a scam artist I never found out but it’s a good example of what can happen.

Recently I was looking at the website of one of these Internet basset hounds “breeders.” They showed a video of a very young basset they were selling that could be a “show dog.” It was interesting to watch their sales pitch. No where in the whole video did they even mention the AKC Standard for Basset Hounds or show any “features” that the basset had that would make it a good show prospect. Since these people have never shown a dog and none of the dogs registered using their kennel name has ever finished an AKC Championship or title how would they know the basset could be shown?

There are also some basset hound “breeders” who use pictures of dogs that don’t belong to them. These breeders claim to be involved in showing their dogs and have completed several Champions. They even post pictures to prove it on her websites or Facebook pages. The truth in many cases is that they have never shown a dog and have no idea what they are talking about or they have shown just a few dogs. Some of my friends whom I’m in contact with on a regular basis have told me of others just like them. At least one I’m told even sells bassets on Ebay.

My point here is BE CAREFUL! While the Internet is a wondrous invention and has dramatically changed our lives in many ways like anything else there are people who don’t know what they are talking about and others who want your money at any cost.

We know that we can’t supply basset hounds for everyone nor would we even try to do that. Those few who do buy a basset from us are very special people whom we know will make a place in their hearts and homes for our dogs. Hopefully if you are looking for a puppy you can find the right breeder who will be there for you for the life of your dog. Finding the right breeder is even more important than finding a puppy. We wish you the best in your search.

I remember the saying we used to have back when I worked with the mainframe computers in college:

Garbage in; garbage out.

If our program didn’t work we were greeted at the front desk with a stack of blank paper that ran through the computer printer before they were able to shut it down. This statement is very relative to the Internet today. It contains a lot of garbage.

UPDATE: There are some legitimate breeders on the Internet who actually do show their dogs. We bought a basset female from one in Hungry. While I would have loved to travel to Hungry to see her and meet her breeder my passport hasn't been updated since I was in college and it would have cost about four times the amount of shipping her for me to fly there and bring her home. Please understand that we have thoroughly investigated this breeder and she has sent us numerous photos and video clips. We have thoroughly examined her pedigree and the bassets in it. Her breeder is truly a responsible breeder who is well known in Europe. We're still, however, taking a chance but we understand that.